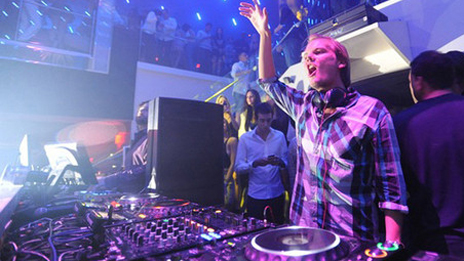 Streaming services have reversed the fortunes of the music industry in Sweden and now generate more income than downloads or CDs. But can the model be replicated worldwide? 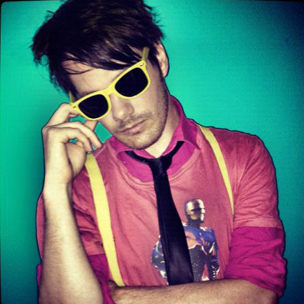 Keyboardist and respected songwriter Felix Persson is nestled into a red-cushioned seat inside one of Stockholm’s ubiquitous coffee shops.

This particular cafe is owned by Benny Andersson from Abba, a band with more than a passing influence on Persson’s electro-pop group Le Kid, who are also known for their catchy tunes and bright outfits.

Persson is a huge supporter of the dramatic growth of music streaming in Sweden.

“I am on the extremely happy ‘Go, yay, we love it!’ side of the debate,” he says from across the dark wooden table.

“For the price of one album you can listen to as much as you want every month. It is democratic because it has moved the power from the decision makers at radio stations and labels to artists themselves, who can release the music they want on streaming sites and get paid for it.”

Some 91% of digital income in Sweden now comes from streaming sites, compared with just 13% worldwide.

The services were the main force behind the Swedish music market’s 13.8% growth last year, marking a return to a level last seen in 2005, according to the industry body the IFPI.

When it comes to getting the worth of your work, these streaming sites are definitely not good. I have to have a side job in a bar as well to make a living”

It was a figure most countries could only dream of, with global music trade revenues increasing by just 0.2%, the first rise since 1999.

The numbers also represent a big turnaround for a nation that used to have one of the highest rates in the world for unauthorised downloads and was home to the notorious file-sharing site The Pirate Bay.

“We were the worst in the class,” says Per Sundin, managing director for Universal Music in Sweden at his office in the capital.

“At international meetings, people looked at me like I was something the cat dragged in because I represented Sweden, where piracy had destroyed the market for everyone.”

He is now being asked to travel around the world to give presentations on how music streaming has transformed the record industry in his country.

“I am 100% sure that this is the future. Streaming services will be the next step for global music consumption,” he says.

By far the most successful streaming site in Sweden is Spotify, a Swedish company, which launched in 2008, a year before tough new laws to combat illegal downloading were introduced. More than a third of the country’s population is registered with the site.

The walls of its new Stockholm premises are covered in street art and vintage concert posters and there is a bar for hosting gigs, a computer games room and even a football field.

“Spotify really started [in order] to combat online piracy, so I would say we didn’t create a behaviour that didn’t exist, we just transferred it to a legal medium,” says the company’s chief product officer, Gustav Soderstrom. 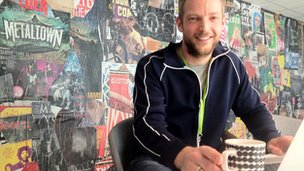 “It offered the same principle that you could get music for free, but all the music was licensed and it was better than the piracy networks because you didn’t have to wait for the whole file to download before you could listen to it.”

He believes the reasons the site has proved especially successful in Sweden include the affordable, widespread access to some of Europe’s fastest and most accessible broadband services. The size of the population also helped.

“Sweden only has about 10 million people and so you reach a tipping point where so many people are using the service that the social aspect of music works really well. You can share a playlist… which wasn’t really possible technically with the piracy networks.”

Worldwide, Spotify now has more than 24 million active users in 25 countries. Six million of those pay for the premium service, which removes adverts between tracks and offers and mobile access to playlists, even when the user is offline.

In the US, PandoraOne and Rhapsody are attracting more users thanks to the smartphone and tablet boom

In South Korea, where streaming is also booming, major sites include Bugs, Mnet and Soribada

On Tuesday, it is announcing its first markets in Asia and South America and increasing its presence in Europe. But it faces tough competition as it works towards the goal of becoming a “global product like Facebook”.

There are existing rivals such as French business Deezer, already available in 182 countries. And tech giants Apple and Google are preparing to launch streaming services.

Streaming services make their money from adverts or monthly subscriptions from premium users. For Spotify, the fees are about $15 (£10) in Sweden and the UK and $10 in the US. The more a track gets clicked on, the more it earns for the rights holder, be that a label, artist or composer.

But like many of its international rivals, it faces continued criticism from performers who say their songs need to be played hundreds of times to generate the same kind of income that they would earn from a single download or CD sale. 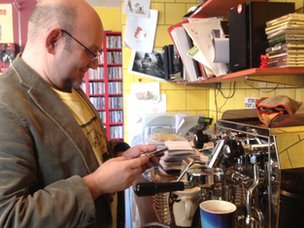 Last year, US-based cellist Zoe Keating released her earnings in a public Google document, saying she had received just $281.87 (£179.70) after her songs were streamed 72,800 times on Spotify.

For Daniel Oliver, a successful Icelandic singer living in Sweden who had a number one last year, “the positive thing is you get really good exposure and you can approach your fans really easily”.

“But when it comes to getting the worth of your work, these streaming sites are definitely not good. I have to have a side job in a bar as well to make a living.”

However, Spotify has now become the biggest source of income for some of the country’s most popular artists, such as Stockholm-based House DJ Avicii who signed with Universal Music Sweden in August 2010 and has had five hits with the label.

“In Sweden, where the reach is greatest, the major labels are dependent on Spotify to bring their financials up to the levels of past glory days.”

Not everyone is as sold on streaming, however. And even in some major economies such as Japan and Germany, three quarters of music is still sold in a physical format.

“I don’t download and I don’t stream and I know that is partly because I am of an older generation,” says Larry Farber, who runs a music, film and book store on the edge of the hip Sodermalm area.

“It does feel like physical music is mostly dying. I will sometimes be in the store and just think, ‘What am I doing?'”

Most industry experts agree that the trend towards digital music is unlikely to be reversed, but even Spotify’s Gustav Soderstrom has admitted that he understands “the need to create some physical manifestation of something you really like”.

He says he wasn’t a real “music aficionado” when he joined Spotify and his growing record collection demonstrates how streaming sites work to expand users’ musical passions and horizons.

“That is kind of my personal mission, to take boring people like myself and get them back into enjoying music.”